Do you often find yourself procrastinating or pushing off your prospecting activities? Well, here’s a simple SALES-HACK that might just get you craving those calls…and dropping a few pounds too!

One of the most important activities for any salesperson is PROSPECTING! If not done on a consistent basic or put off for too long of a period of time…the pipeline of opportunities goes COMPLETELY DRY!

Years ago, I found myself consistently pushing off my prospecting and knew that I had to desperately change this habit because my sales numbers were suffering. I was reading Brian Tracy’s newly released book “Eat That Frog” (which was about doing the difficult daunting task first…like Prospecting!) and decided to put a little extra spin on the game!

I had made a decision that I would begin each day with a commitment on my prospecting goals, and not eat anything until that goal was met. NO BREAKFAST! NO WAFFLES! NO EGGS!…NOTHING! Okay, I bent the rules just a bit…I could have straight black coffee (no sugar), water, or a multi-vitamin…but ABSOLUTELY NO FOOD until I completed my prospecting!

If my goal was to make 20 calls, I made sure to complete at least 20 (or a few more) before I would eat anything! Even if it was after 2pm and I was starving, nothing to eat until I completed my goal! On the days that I was out of the office cold calling face to face, I would start as early as possible to complete my number of planned visits before stopping for a lunch break…or dinner 😊 (I also had a very large territory…with some of those days starting at 4:30am with a long drive to my first call, working up until 2pm before my first bite…yikes!)

Today they call it “Intermittent Fasting”…however, for me it was the perfect hack to forcefully discipline myself into a new habit! And I drop a few unwanted pounds too!

EATING IS A BIOLOGICAL HABIT. It’s something we just do. We are conditioned to typically have three meals a day (and perhaps some snacking in between 😊). When we play the game of depriving ourselves from this normal bodily function and urge, until we have satisfactorily completed a desired goal…we build a new level of discipline that becomes ingrained over time. For me, it changed EVERYTHING! My Sales began “Sky Rocketing!” The “NO FOOD” until my prospecting was done, was the kick in the pants that I needed! I had formed a new habit, and my pipeline was FULL AGAIN (and remained full due to my consistent effort of prospecting).

So…are you slacking on your prospecting activity? Do find yourself making excuses or doing other less important tasks? Perhaps it’s time to try the “NO EAT, UNTIL I FINISH MY PROSPECTING” Challenge! Keep it going for at least 21 days (or more)…and you will most certainly find a huge increase in new sales opportunities!

Are you looking for an Impactful Motivational Speaker that will move your audience with positive life changing stories, humor, and practical tools for shifting into a thriving life?

Ron Frost is a motivational speaker, author, sales coach, leadership consultant, and master life coach. Known as the “positive momentum coach” he entertains his audiences with energy, laughter, and a key message about non-limit thinking and making a positive impact. Ron’s inspirational stories speak to the heart of basic human values and principles of successful leadership. He will help you discover and tap into your personal drive factors as well as the necessary tools to take immediate inspired action toward your goals! If you’re wanting to push your business, sales team, or organization to the next level of achievement Ron can help you get there! Call and book him today for your company, group, or school event: 239-265-4380 or email: ron@ronaldfrost.com

Ron speaks to businesses, government organizations, schools, non-profits, associations, church communities, and networking groups in the Sarasota area as well as other cities in Florida.

With all the craziness of our current reality, it seems difficult to imagine a better future, yet the power lies within each of us to create this change!

This Sunday July 17th, I will be presenting on this topic at the CSL in Cape Coral, Florida. We will also be live steaming at this link: https://cslcapecoral.org/livestream/

Please fill out this form with your name and email to get your e-copy of "Getting Unstuck - the 9 keys to more prosperity, fulfillment and joy"

Let me help you make your event spectacular!

My goal is to help you have a successful event by delivering an impactful and meaningful message!  The more I can learn about your organization's needs the better. Please fill out the form below and share any additional comments or information that will help me understand the needs of your audience and event. After submitting your form I will follow up with you within 24 hours.

Are you interested in becoming a great speaker? Has the fear of public speaking stopped you from pursuing or sharing your message? Would you like to develop key communication skills that will enable you to connect with and motivate any audience?

Ron has been teaching and coaching individuals to quickly overcome the fear of public speaking and to authentically deliver great messages. His approach is unique and he covers all areas of essential skill building. Whether you are an author, soon-to-be author, corporate leader, sales professional, or a person who is passionate about sharing a unique message to the world, Ron can help you get there!

Ron's coaching is offered one on one, as well as a group teaching workshop (see: the 10 keys to effective public speaking workshop). One-on-one coaching can be offered in person, via Zoom or phone call (or a combination of any of the three). Please contact Ron today to find out more about his speech coaching: 239-265-4380

What You Will Learn:

Very well written and entertaining manual on building momentum towards a better life. View-widening and action inducing content. This is one of the few re-reads in this category. Pick it up, you won't regret it.

The author provides an actual roadmap to getting unstuck.

This book resonated with me a lot. I’ve read other books that have addressed getting stuck or procrastinating and they just didn’t hit the nerve that this one does.

- Dennis Kunkler - author of "The Book on Branding"

Amazing book! It is full of great ideas!

An absolute, amazing book! It is full of great ideas and tools for moving forward to a life of success, freedom and power... A must BUY!

If your struggling to get yourself motivated, buy this book!

Ron Frost gives numerous examples of everyday obstacles and how to live with them as positive experiences. I enjoyed the many inspirational quotes from a variety of people. An all around uplifting and thought provoking self help book!

What will this book do for you:

Thanks for subscribing! Please check your email for further instructions.

Something went wrong. Please check your entries and try again.

What people are saying about the "Unlocking Your Greatness" Workshop!

This is a video of several participants who attended a recent Unlocking Your Greatness Seminar in Tampa Florida. Each participant was led through a simple process to help define their niche, purpose and vision, as well as the initial action steps they can take to move forward.

What people are saying about the "Getting Unstuck" Workshop!

This is a video of several participants who attended a recent Getting Unstuck workshop in Fort Myers, Florida.

This workshop is ideal for groups of all sizes. Individuals, business owners, sales people, or anyone with a dream or a goal. Ron uses several key strategies from his book "Getting Unstuck" in a hands-on workshop setting to help individuals create a successful process towards achieving their goals.

Opportunity Is Now Here - Prospecting & Selling in the New Normal

If You Want To Grow Your Business, Grow Your People

Coach Your Sales Team To Success!

Understanding the Multigenerational Workplace and How to Manage Effectively

Visionary Leadership - How You Can Make A Difference

Tools For Empowering Your Team

Getting Un-Stuck & Unlocking Your Greatness

Positive Mindset: How to Program Your Mind for Success

Most Keynotes are from 45 minutes to 60 minutes (although, depending on client needs the time can be adjusted to fit their schedule). Workshops and seminars typically run longer. For a description of presentation content of if you would like to discuss how to align a title with the theme of your conference, please contact Ron directly for more information at 239-265-4380 or email Ron@RonaldFrost.com

"Ron Frost's keynote address the 5 powers of exponential sales growth was the highlight of the sales conference. It made me decide recommit to my prospecting and sales goals. Bottom-line I was fired-up to go home and take action!

-Francesca S.
"I walked away with several key goals, a plan of action and a way to keep myself motivated and focused... Thanks Ron!"
-Dan Foley 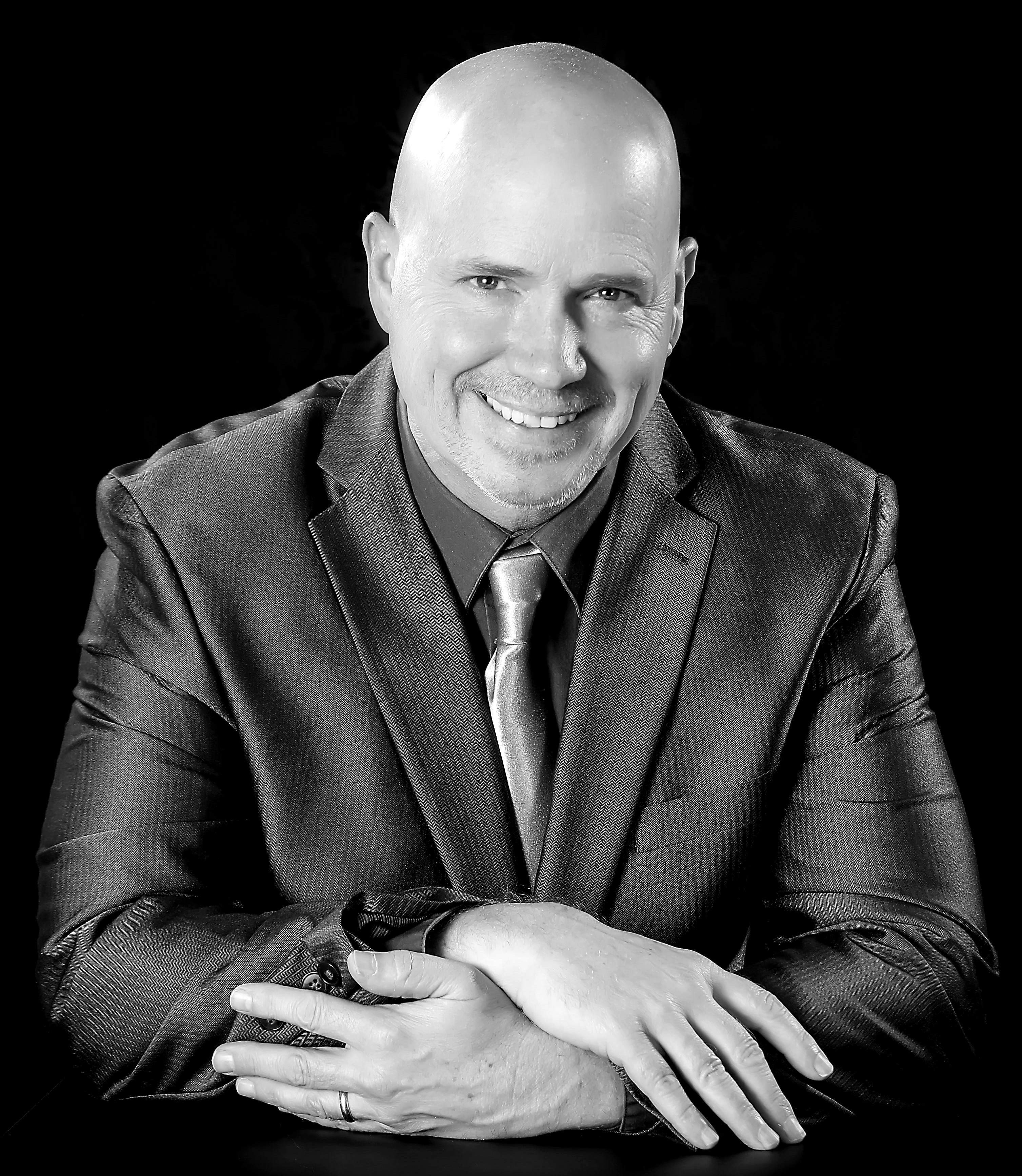 Book Ron to speak at your event!

Ron will customize his keynote address, workshop or training to meet your company or your groups needs.

Known as the positive momentum coach, Ron brings leadership training, team building, sales skills training, communication skills development, personal development, and a lot of fun and energy into the room. Having traveled across four continents serving as a business consultant and a sales trainer and coach he has seen what works and what doesn't, as well as what it takes to achieve consistent peak performance and personal fulfillment. As a speaker, author, and coach, Ron brings these core life-changing principles into his passionate, and energetic teaching. Below are some additional aspects of Ron's bio:

Mission Statement: Providing professional development in the areas of training and coaching to motivate individuals to achieve their life and career goals through the application of Positive Momentum Coaching™, resulting in inspired and successful people who in turn are creating positive influence in the world.

NEED A SPEAKER TO MOTIVATE YOUR TEAM INTO ACTION?

CONTACT RON FOR MORE DETAILS ABOUT HIS ACTION-BASED WORKSHOP PROGRAMS!